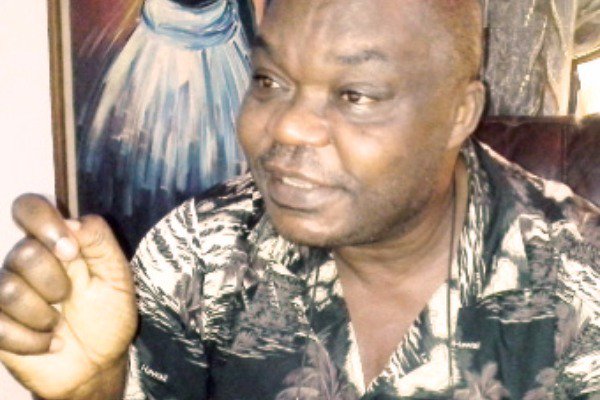 Many Nigerians believe that after President Muhammadu Buhari’s second term in office in 2023, should he win the 2019 presidential election, it should be the turn of the Southeast geopolitical zone to produce the next president of the country to ensure equity and fair play.
In this interview with journalists to mark his 65th birthday last Friday in Benin City, Hon Charles Idahosa, a former political adviser to ex-Governor Adams Oshiomhole of Edo State, now the All Progressives Congress (APC) national chairman, insisted that the Igbo be allowed to take a shot at the presidency after President Buhari’s rule.

“The Igbo should look very well and plan properly because a Buhari presidency is the best bet for them to get the presidency in 2023. The South-West, the North and South-South have had it. It is the turn of the South-East in 2023”, he said.
He also x-rayed past political and economic developments of the country and expressed confidence that President Buhari would win the 2019 presidential election “hands down” to consolidate on the country’s development.
How is life at 65?
At 65, life has been very interesting, we thank God for good health and I am happy that my children are doing well, everybody is fine. I thank God, I don’t see much difference between now and when I was 60 or even 50.
How would you describe Nigeria as a country haven spent over four decades in politics? Nigeria is a great country, we are doing very well. But a large chunk of my life was taken over during the military era. In 1966, I was about 12 years old when the military came in for the first time, then the civil war followed. By 1970 when I finished secondary school, the civil war ended so my own generation, our active lives were taken over by the military and it affected us.
But before 1966, I had an idea of how Nigeria looked like, it was fun; the economy was buoyant, the population was less, the kind of things we are seeing now were not seen in those days and I remember then we had Electricity Corporation of Nigeria (ECN). We used to hear special announcements that ECN will not be able provide electricity between specific time, three days ahead, and really when the time comes, they will switch off the light and bring it back the exact time they had announced.

We had water everywhere, street taps and all that. Now, I don’t think my children had ever heard of street tap, they are used to borehole now almost every house has a borehole. In those days, I think the economy was okay and Nigeria was beautiful, but when the military came, they destroyed everywhere and we have not recovered. And the next set of civilian that took over from them were their own creation, so we have miscreants, inconsequential persons and nobodies who were throw-ups of previous military regimes who came into power in the dressing of civilians, but they are military men as well. I have seen Nigeria through good and bad times.
I went to England in the 1970s and I remember at that time, when you hold the naira, it was like you are holding the dollar. We were respected; my school fees then was £150, my dad used to send £300 pounds into Crown Agents Account. But when it was my turn to start sending my children to school, I was paying between £15,000 and £16,000. We had problems with leadership and that affected us badly. The country never allowed our first eleven to lead us. Chief Obafemi Awolowo was a great politician, a great leader who had vision, but unfortunately the system did not like him.

You can imagine if Awolowo had been president of this country as at that time, Nigeria would have been like Singapore and many of these great economies in the world. Look at what he achieved in the Western Region, sometimes you can imagine how I feel when I know that the first television station in Africa was in Ibadan, Western Region of Nigeria, the first Olympic Stadium was there and you now go to Morocco, go to Tunisia, go to South Africa and you think that Western Region of Nigeria was ahead of these countries?
That is one pain I feel that we achieved that so much early but today, look at where we are? We are still grappling, but we are lucky to have a man like Muhammadu Buhari now who has a lot of integrity. He is the only man that can take us to where we are going no matter what people are saying. Like I have said in several interviews that corruption will fight back and it is fighting back and the man is doing well and I pray to God that he should win again next year so that he can do a lot of things. I was reading Balarabe Musa and he said I don’t like Buhari, but among the multitude of presidential aspirants, there is no alternative. You know people like Balarabe Musa, they don’t speak just like that, he says things the way they are.
Can we say Nigerians deserve the kind of leadership they get?
I have been in politics for a long time and I only won election once in my life under zero party in the days of Abacha. If there were primaries, I would not have won. At the zero party, the people actually decided. After that I tried other elections under political parties, but it did not work out because selected people will decide your fate. We don’t have independent candidature here. Our people are good but there is hunger and poverty. By the time they say take this, you see them rushing at it. The leadership uses money to force the followership to toe their lines. In this country, a poor man cannot contest election. The way the economy is going, it is still money.

What is the way out to improve the country’s economy?
It is for the Federal Government to create employment. I feel sad about this country. I was driving through Ikeja the last time I went to Lagos and saw that where used to be an industrial estate has been turned to places of worship. Churches have taken them over. What we need to do is to create employment. Just as Obaseki is trying to do with the establishment of industrial park. If we have factories, there will be jobs. Once there is employment, our people will be engaged. I pray that Nigerians are smart enough to re-elect Buhari and not put politics ahead. We need this kind of government of integrity. You can see that a man is in charge. If it was the PDP, they would have swept the issue of (Kemi) Adeosun under the carpet and nothing will happen. She resigned, it shows direction, it shows change that people are pretending not to see.
A Director of DSS being removed; these are the kind of changes we are waiting for and seeing. Adeosun had to resign because of the scandal. Saraki and Dogara should have resigned because they did not contest election as Speaker or Senate President. Buhari has no House in London and Abuja. A former minister of Petroleum, Head of State and governor, if he travels out, he stays in the Nigerian Embassy. He means well and I am proud of him.

The Igbo should look very well and plan properly because a Buhari presidency is the best bet for them to get the presidency in 2023. The South-West, the North and South-South have had it. It is the turn of the South-East in 2023. People should know that it does not make sense to make South-West president. All they need is to vote for Buhari. This is their best chance. Nobody needs to tell them.
What is your prediction for 2019?
APC will win hands down. Buhari will win. The election of 2015 was based on religion and it was between the North and the South. A lot of us were emotional that Buhari was a northern Muslim. You see churches carrying propaganda that Buhari will Islamise the country. But this election will probably be between two northern Muslims. Our pastors will get no contract of sharing money inside their churches. The voting system will be different. In 2015, we lost almost everything in Edo South. It was difficult to convince people to vote for Buhari in this state; 2019 will be a different scenario.
Anybody making permutations based on 2015 will be making a very big mistake. Buhari has a cult followership in the North. His 12 million votes are waiting for him intact. He will get the bulk vote, but it will not be the same for the PDP in the South and South-East.
What is the situation of holding the APC together in Edo?
By this time few years ago, people were defecting from the PDP to the APC. Now people are moving more to the PDP from the APC. We have to understand that different government has different ways of doing things. Obaseki’s style is different from Oshiomhole’s. Human beings are not easily receptive to change. I think Obaseki was trying to put in drastic change in cutting cost by not allowing leaders to do some things. It generated a lot of heat and leaders, including myself are resisting.

The governor is watching the mood and slowing down, which he has to. At the last leadership meeting, the governor shifted ground on consensus. We are now going for indirect primaries. Everything will be settled at the end of the day. When you are in government, you want to do things the way you feel. Obaseki will know that things are not down drastically. We are bent on settling our differences. We will not leave the APC. We will remain inside and fix the party. We will tell them the way we want things to be done. We will surmount our problems. We will fight to keep the party.
What do we expect from you looking into the future?
There is nothing for me politically again. What I want to do is to advise. I am looking forward to be 70. I thank God so that the younger ones can grow. I have had my own fair share. I tried to go to the Senate in 2003, but the powers that be in the sitting room of Chief Igbinedion said no primaries and gave it to Daisy. You all are witnesses to what happened all those years. I am happy at 65. I enjoy playing with my grandchildren. I beg my children to allow them stay with me because they said I always spoil them.

"We Know You're A Man of Integrity, Please always do the Right thing at the Right time" – Davido Begs Buhari

TROUBLE LOOMS: "Buhari Does Not Speak For North Again, We have Rejected Him in totality" – Alhaji Adamu Declares