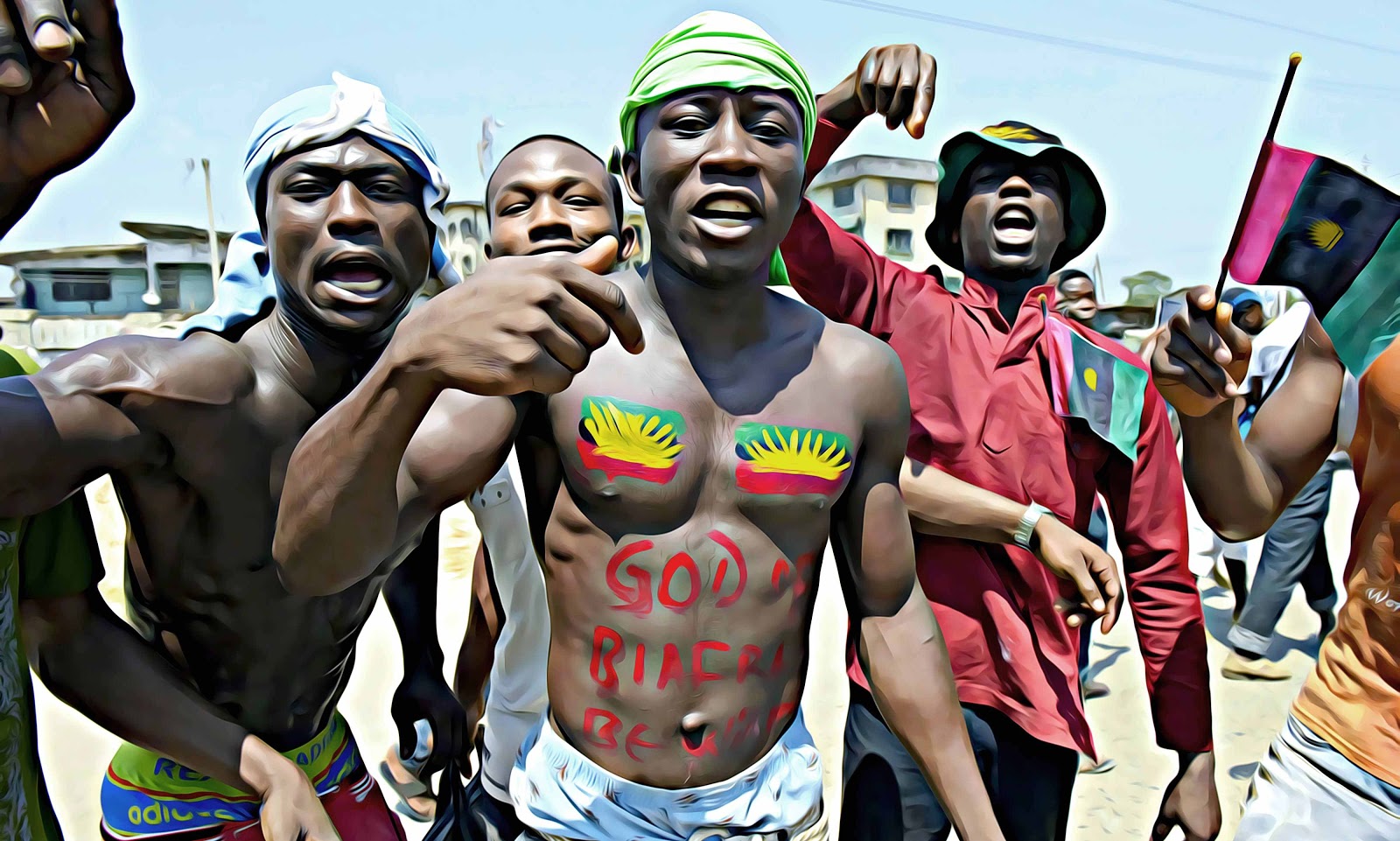 A group, G23 Foundation, seeking the reelection of President Muhammadu  Buhari in next year’s general elections has exonerated the president over the Indigenous People of Biafra’s proscription.
Speaking at a press conference in Awka, the Anambra State capital,  the leader of the group, Mr Johnbosco Onunkwo, said what Buhari did in the circumstance was to endorse a request by the South-East governors to proscribe the group.
He said no sane and responsive leader could ignore a security report of that magnitude in the circumstance.
The Governors of the South-East, under the umbrella of South-East Governors’ Forum, had in September last year proscribed IPOB.
Justifying their action, the governors said the IPOB  leader, Nnamdi Kanu, had lost control of the group.
They added that IPOB  had lost focus and was causing tension.
They said, “The activities of IPOB in the South-East have denied us of foreign investments and it is very important that our people should understand that and should know that.
“There are things you do that you have control over and so you work on things you have control over and leave the rest that you don’t have control over.
“Nobody wants to come to a place that is under tension that’s why we want to keep pressing for peace.
The governors’ action was followed about a week later by the Federal Government’s proscription of the secessionist group through the court.
The pro- Buhari group at the press conference said nobody should blame the president for the action.

He said,” Have you seen any of the South-East governors speak against the proscription? They were the people that told Buhari to proscribe IPOB as chief security officers of their states, and no sane and responsive president would reject to act on such a report. So blame your governors and not Buhari on that issue.
“Federal Government acted in consonance with the stance and position of the Southeast governors who initiated the process of proscription of the IPOB as the chief security officers of their respective states.

"Nnamdi Kanu Remains the Saviour of our time, the clampdown on His Home & Biafrans by Nigeria Military is a threat to Global Peace"Says Activist Sunday