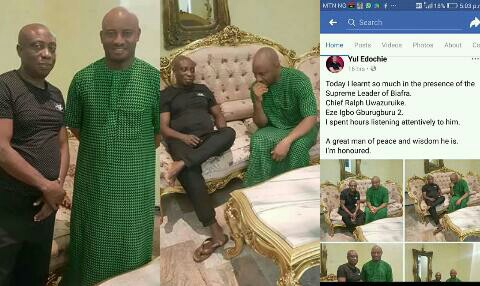 This Yul Edochie of a guy was addressing the criminal named Uwazuirike supreme leader of Biafra!
At a time, I started wondering how a lion like Pete Edochie gave birth to a pussycat!
If not for one thing, I would asked Pete Edochie to question his wife about the whereabout of the Chinese man that got her pregnant which the end product became this akpamu called Yul!
The above script Writeup was culled from the desk of Kalu Idika

"We Won't Tolerate Cowardice among us, better brass up" – Buratai Warns personnel

ENOUGH IS ENOUGH: "Extortion Of Money and Harassment Given to We the masses by N. Police Force must stop now" – Nigerians Decries