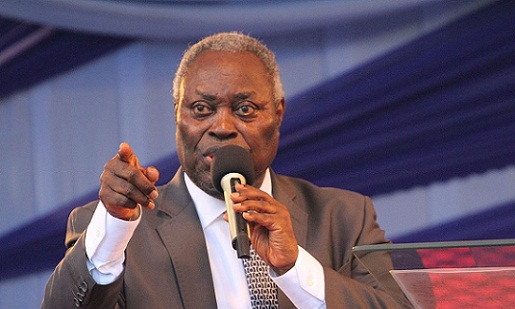 General Superintendent of Deeper Life Bible Church Worldwide, Pastor Williams Kumuyi, on Sunday called on Nigerians to put the past behind them in order to build a great nation for all.
He made the appeal while speaking at the interdenominational church service organised by the Christian Association of Nigeria, CAN, to mark Nigeria’s 58th Independence Day anniversary celebration in Abuja.

Kumuyi, who noted that Nigeria was endowed with resourceful citizens that possessed the capabilities to steer the affairs of the nation to envious heights, regretted that contentions, divisions and individualism had deprived the citizens of personal and national greatness in the past.
He pointed out that the Nigeria’s development had not marched its possibilities; further attributing this failure to the inability of the people to either harness or utilise the nation’s diversity for their collective greatness.
Kumuyi stressed that Nigeria would be on the path to greatness, if citizens were united and there was a harmonious coordination of the nation’s diversities.

Comparing Nigeria to the human body which members have dissimilar functions but are interrelated, Kumuyi said: “Personalities who carry an impression of supposed inferiority and others who may wear the cloak of supposed superiority are interrelated. Each one has an important part to play in the development of the nation.
“In the nation, mutual support and encouragement, sincere recognition and involvement of all well-meaning and qualified citizens are necessary to avoid wastage of lives and resources.
“We can and we must put the past behind us to build a great nation for the present and the coming generations.

“Interdependent, interconnected, interrelated, we are on our way to national greatness: we are unstoppable.”
In his remarks, Vice President, Yemi Osinbajo said the nation would once again become the pride of Africa. He said the nation would not fail, adding that it was on the path to recovering all that it lost in the past.
“Nigeria will have a new beginning of peace, prosperity, and abundance. Where we had failed, we will succeed,” he said

Breaking!! Catalan protests: Roads and train lines blocked in Barcelona and across region one year after independence referendum crushed