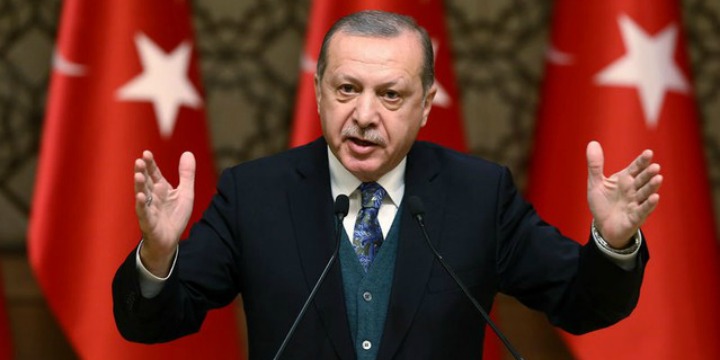 The president of Turkey Recep Tayyip Erdogan told Nigeria president, mohammed Buhari to let Biafrans go.
Because it is now more than 30 years after civil war, which under UN
constitution said that any nation that has fought for their freedom have the right to go after 30 years.in twitter yesterday,

he said that UN and other world leaders are not doing enough about Biafra movement, Nigeria is not stronger than the world.
“An independent state is not being established in Nigeria On the contrary, a wound to be constantly bled is being opened.”mohammmed Buhari should let Biafrans go.
— Turkish Presidency (@trpresidency)
Source: MasterReporters