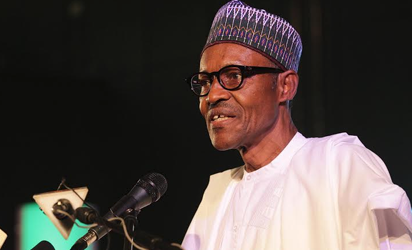 President Muhammadu Buhari on Tuesday admitted that it has not been smooth sailing for Nigeria all the way.
Despite this, however, he said Nigeria was prepared to help South Sudan stabilise politically and economically.
According to a statement by his Special Adviser on Media and Publicity, Mr. Femi Adesina, the President spoke while receiving a Special Envoy of the South Sudanese President, Mr. Ezekiel Gatkuoth, at the Presidential Villa, Abuja.

Buhari noted that the two countries have a lot in common in the area of developmental aspirations.
He said, “It has not been smooth sailing for us all the way, too.
“But since South Sudan wants to share from our experience, we will support where we can, and pray hard for your stability.”
The President advised the leaders of South Sudan to keep making sacrifices “till the environment is completely stabilised.”

He stressed that stability should always be number one priority.
“You can’t manage a country efficiently till you have first stabilised it. Then, the economy must follow.
“You must provide jobs for the people, particularly the youths.
“Also, you need-to check corruption. Guard your national resources jealously. We will do our best to support,” the President said.

Gatkuoth, who is also his country’s Petroleum Minister, said Buhari was widely admired across the continent for his role in fighting corruption.
He noted that it was the reason the African Union made him a champion of the anti-corruption crusade in Africa.
He said South Sudan was putting its house in order but needed assistance from Nigeria in the areas of security transformation, constitutional reforms, and infrastructural development.

Urhobo To FG: Restore Warri Sea Port Now before it's too late