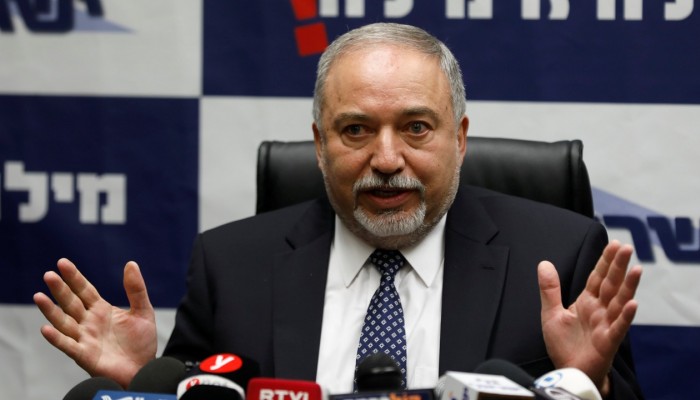 “I’m not just saying it because this is what I think, [I’m saying it] as someone who has been sitting on the (Security) Cabinet for decades”, he urged.
Lieberman had also expressed hope that the Hamas movement who won control over the besieged Gaza Strip in elections would be overthrown by Gazans themselves – a move that analysts view as unlikely.
“I hope the Gaza residents overthrow the Hamas regime,” he said.
“As someone who follows social media, I think they understand that if they want to ensure a better future for their children, they must get rid of Hamas.”

This is the second time in a matter of weeks that Lieberman has suggested war whilst mentioning Hamas. In August, Lieberman suggested a conflict with Gaza is inevitable.
In a video statement distributed by his office, he said that “the question is not to know if the next confrontation (with Hamas) will take place, but when”.
Lieberman also appeared to suggest that all Palestinians killed in the Gaza Strip since protests and clashes along the border began on 30 March were linked to Hamas, the Islamist movement that runs the enclave.

Trouble: "We'll Wake up one Morning and find out Nigeria is no more, Buhari has divided the Country in totality" – Chekwas Okorie Cries Out