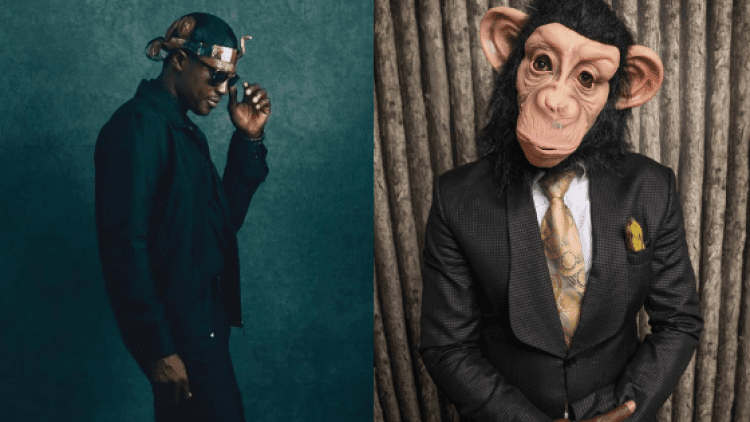 It was the late great Fela Anikulapo-Kuti that first used the phrase “animal in human skin”. He was referring to political leaders in the 1980’s and being Fela, he named names. Listen to Beast of No Nation to refresh your memory.
In 2018, rapper/singer/songwriter/actor/director Sound Sultan is taking it a notch further: for the celebration of his eighteenth year as a performer, he’s hosting a three-day concert/stage show that he titled Jungle Story.
Herbalist at large as Ex-Deputy governor confirms daughter was used for ritual
 Sound Sultan
The theme of the production- which features a star-studded cast that includes 2face, MI Abaga, Simi, Kate Henshaw, Kunle Afolayan, Seyi Shay, Basketmouth, Bovi, Gbenga Adeyinka, Niniola and a dozen other high flyers- is to allegorize the state of the Nigerian nation.

“My songs are satiric in nature so for me to serve them I need to bring them to life with drama and embellish it with dance,”
he explained to NET recently.
Jagbajantis, Sound Sultan’s debut in 2000 was a funny, catchy way of singing about the troubles of the time. Since then, he has been a powerful social commentator with his music. Bushmeat, his collabo with 2face and W4 in 2011 also was a tongue-in-cheek warning to the ruling class who delights in taking advantage of the masses. The chorus “Ole, Ole, Ole”was a bold indictment on the political class.

In his Jungle Story concert, he uses animals to describe the current situation.
“The story is about a land that became a jungle because the motherland cast a spell on its people that who so ever indulged in corruption would be transformed into animals and over the years one transformation after the other it became a full-fledged jungle,” he said.
His show is certain to strike a chord, especially as it falls within the political season where several politicians are already “hustling” to secure their chances in the forthcoming 2019 elections. Related this; 2face’ son pen touching birthday message to his legendary father as he clocks 43