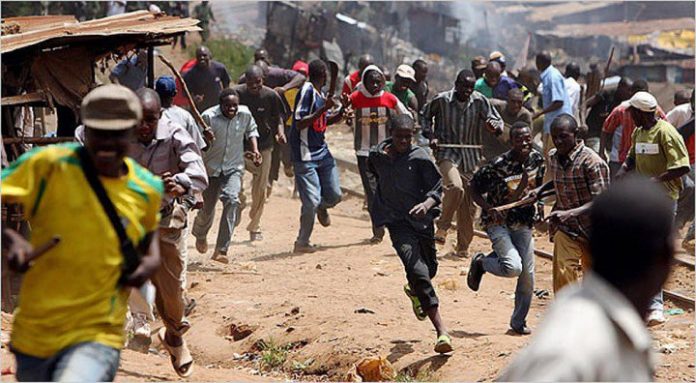 Suspected Fulani Herdsmen on Thursday killed at least four persons, including a personnel of Operation Safe Haven, in a night attack in Nkiendoro community in Bassa local government area of Plateau State.
Orsu24news had reported previous attack by herdsmen on Tuesday which left 13 people dead in Jol village of Riyom LGA of the state.
Adam Umar, media and information officer of Operation Safe Haven (OPSH), confirmed Thursday’s killings.
He said the operation’s personnel have been deployed to the area to restore law and order.

“Three civilians and a personnel of the multi-security taskforce have been killed. One other security agent was wounded,” the army major said.
Mr Umar had earlier confirmed the killing of 13 in Jol village, giving an account of how they were killed.
“Jol attack in Riyom followed the killing of three cows on the 19th September in which a meeting between Berom and Fulani in the area was summoned. Despite the peace meeting, a herder and five cows were later ambushed and killed in the area on the 29th of September while other cows were injured.
“After that attack, another Fulani boy was shot in the hand and one cow killed on the 2nd of October and that same day an attack was launched on the Berom community of Jol and houses raised down while 13 people were killed, ” he said.

Orsu24news also reported on Thursday that 19 people were reportedly killed in Ariri community of Bassa LGA by herdsmen.
Police and the military could not confirm the incident as at press time.
But Sunday Abdu, the National President of Irigwe Development Association (IDA) which represents the interests of the attacked area confirmed the incident.

“The attack took place last night when people were asleep. Nineteen people were killed in the incident. We have reported the incident to security agencies. The Plateau State police commissioner was at the scene of the attack this morning. So the security is aware of the incident,” Mr Abdu said.
Despite several calls to live in peace by President Muhammadu Buhari, Governor Simon Lalong, and many religious leaders, attacks and other forms of criminality continue to persist in the state.