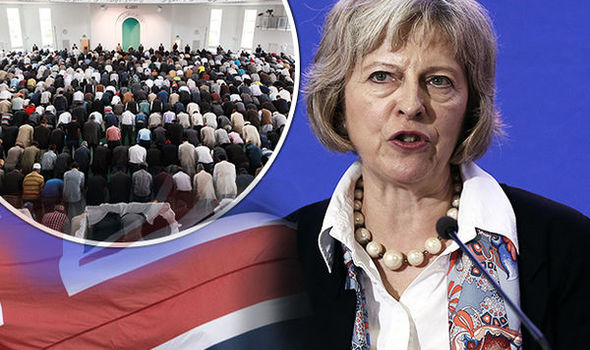 A high Court  judge has set the precedent that Britain now has two laws of the land and that Shariah (Islamic Law) is to be recognised in British Law.
Establishment judge, Mr Justice Williams, ruled earlier this month that an estranged Muslim couple’s Islamic marriage would now fall under the 1973 Matrimonial Causes Act and that they could ‘divorce’ – despite never being legally married under British Law.
The High Court decision provides Nasreen Akhter the chance to claim half of all financial assets owned by Mohammad Shabaz Khan, and Muslim colonisers with their foot in the door to overrule British Law and force Brits to submit to their own.

It’s the first time a High Court judge has recognised Shariah as being equal in Britain to British Law, and it marks a dangerous division in British society.
While Muslim colonists continue to refuse to accept British Law, the traitorous political class and the Establishment are working with them at the expense of the interests of the indigenous British people.
It’s the reason the peoples of the West are rejecting the globalist political class and increasingly turning to populist, nationalist political parties to represent them and fight to put their interests first.

Fear: "We chased Nina Nwodo away from a new yam festival in South Africa" – IPOB