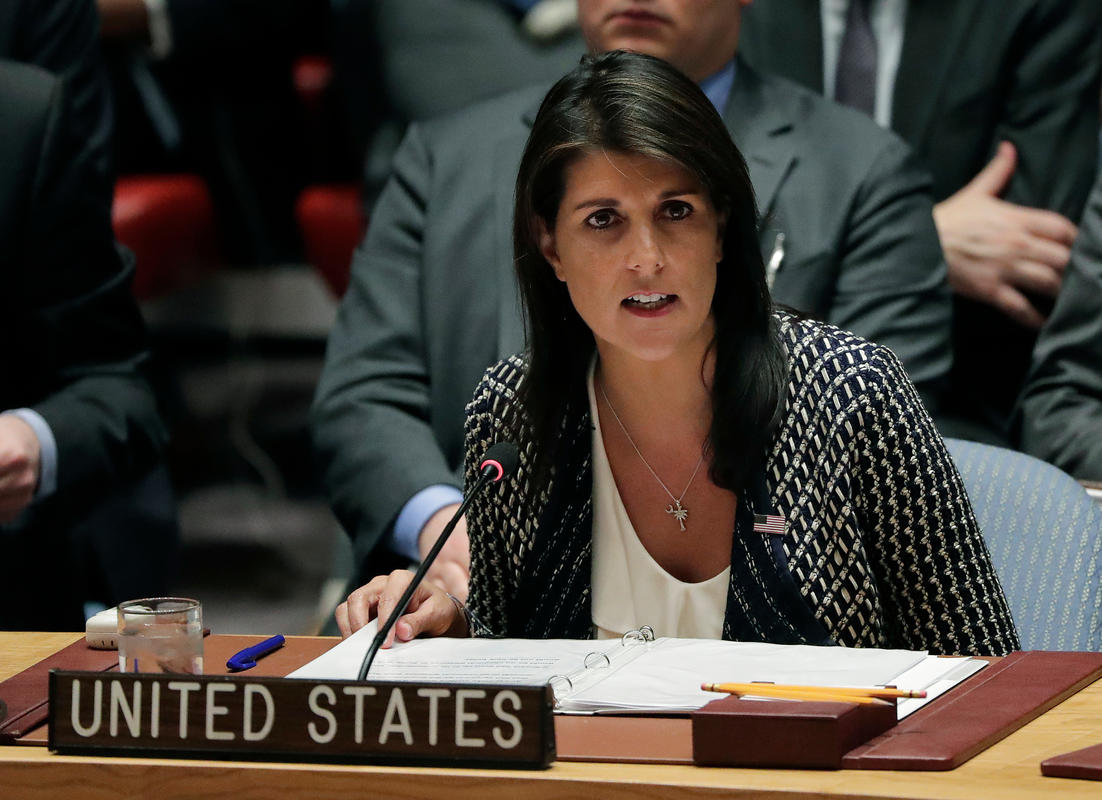 This past week, as world leaders gathered at the United Nations in New York for the annual General Assembly, at the UN complex in Geneva, the Human Rights Council concluded its 39<sup>th session, where yet again, not Iran, Syria or North Korea, but the democratic State of Israel, has been the prime focus of attention.
In June this year, the United States announced it was withdrawing from the UNHRC, citing its “unconscionable” and “chronic” bias against Israel, with Ambassador Nikki Haley saying the Council had become “a protector of human rights abusers and a cesspool of political bias.”

The UNHRC was formed in 2006 specifically in order to create a new body to tackle human rights abuses in light of the failures of its discredited predecessor, the UN Human Rights Commission.
ADVERTISEMENT
This disproportionate focus and unending hostility towards Israel is clear proof that the council is motivated by political bias, not by human rights
– Nikki Haley, United States Ambassador to the United Nations
The Commission was largely criticized for its one-sided obsession with Israel and the make-up of its members, which included some of the most abusive regimes like, Sudan, Zimbabwe and Cuba. Libya even chaired the Commission during 2003, when it was still ruled by Muammar Gaddafi.

Former Secretary General Kofi Annan, who tragically passed away just recently, said in 2005 that this contributed to the Commission’s “declining credibility”, which had “cast a shadow on the reputation of the United Nations system as a whole.”
Recognizing this grave danger to the very foundation of the United Nations and those most oppressed, Annan was instrumental in establishing the new UNHRC in 2006.
Hopes were high that this would usher in the dawn of a new era, when the persecuted would finally have a voice and the persecutors shunned, denied their impunity and finally held to account for their crimes.
Furthermore, it was envisaged that this new reformed Council would finally cast aside its pathological obsession with the State of Israel and focus its attention on the real perpetrators of human rights crimes around the world.
Twelve years later and the result?
Regrettably, the new UNHRC has done little to improve the reputation of the United Nations and continues to make a complete mockery of human rights, continuing to shield the world’s worst human rights abusers, while denying justice to their victims.
ADVERTISEMENT

At the outset, one need only look at the make-up of the current UNHRC.
Countries like Cuba, Venezuela, Iraq, Pakistan, Qatar and Congo are not exactly great bastions of democracy, that inspire confidence in their ability to objectively stand up for human rights.
Instead, in this theatre of the absurd, this gang of terrorists, tyrants and dictators sit in judgment of Western democracies, their places on the Council guaranteed in back-door deals and their impunity sealed by the membership to this supposedly august body.
As Hillel Neuer of UN Watch, the leading independent organization devoted to monitoring the United Nations has observed, this process is Orwellian, “where the worst criminals are often the prosecutors and judges.”
ADVERTISEMENT
Then there is the ongoing treatment of Israel, where the UN’s top human rights body has been shamed, irreparably so, by its ongoing pathological obsession and relentless hostility against Israel, a beacon of democracy, human rights and the rule of law.
 A protester waves a Palestinian flag while standing atop a truck during rally in support of the Palestinian people in the wake of the recent violence in the Gaza Strip, during a rally in Times Square, May 18, 2018 in New York City. The UNHRC is accused of obsessively over-stating and Israel’s alleged abuses.DREW ANGERER

Israel of course is not above the law, however the issue is that it has systematically been denied equality before the law, none more so than before the UNHRC.
With the Middle East in flames, Syria and Iran rampantly committing grave atrocities by the day and human rights crises around the world, from Asia to Africa and Latin America, this Council insists on singling out the sole Jewish state and turning its back on the world’s most egregious human rights abusers. In the meantime, it continues to consistently overlook, excuse, and worse yet, condone Palestinian terror against Israel.
It simply a gross injustice and an absurdity of unfathomable proportion that since the UNHRC was founded in 2006, the Council has condemned Israel 78 times, more than all of the other countries in the world combined.
Likewise, how can anyone who truly cares about human rights believe it is acceptable, just or fair that the Council devotes a permanent item on its Agenda to violations allegedly committed by Israel, the only country it singles out in such manner, whereas the remainder of the world is combined and shoved into a solitary other item.
Read more

The world’s most under-reported humanitarian crises
In June this year, speaking before the Council, then UK Foreign Minister Boris Johnson said this dedication of a single agenda item on Israel was “disproportionate and damaging to the cause of peace”, warning that unless this situation changes, UK will vote against all resolutions introduced under Item 7.
Earlier this year, UN Human Right Council even created a blacklist of Israeli and overseas companies operating in the West Bank, never mind the fact those who benefit most from these business are Palestinians who receive gainful employment.
As Ambassador Nikki Haley noted, “this disproportionate focus and unending hostility towards Israel is clear proof that the council is motivated by political bias, not by human rights.”
There is no doubt that the vision of this Council was truly noble. But equally clear, it has become self-evident that it has utterly failed to live up to its own charter and goals, abandoning all pretext of its duty to act as an objective guardian of human rights and champion of the oppressed.
Instead, the Council has become rotten to the core, defined by its unrelenting obsession against Israel, while cementing its role as a shield for the world’s tyrants and dictators.

The United States was right to seek reform the Council, but evidently, despite their best efforts, it was simply unattainable in the current political climate.
With millions of people around the world yearning for help, crying out to be heard, what is needed urgently is the creation of a new body, that will be made up of democracies and free societies, its mission focused on the most pressing human rights concerns around the world and that shall be able to discharge their duties with passion, professionalism and objectivity. Anything less will be to turn our back on those who need our help the most.
Vladimir Sloutsker is the Co-Founder and President of The Israeli-Jewish Congress (IJC).