Home / News / "Nigeria will not be tolerated again, they Don't Obey Rule of Law, Am Coming for those corrupt leaders" – Trump explodes

"Nigeria will not be tolerated again, they Don't Obey Rule of Law, Am Coming for those corrupt leaders" – Trump explodes 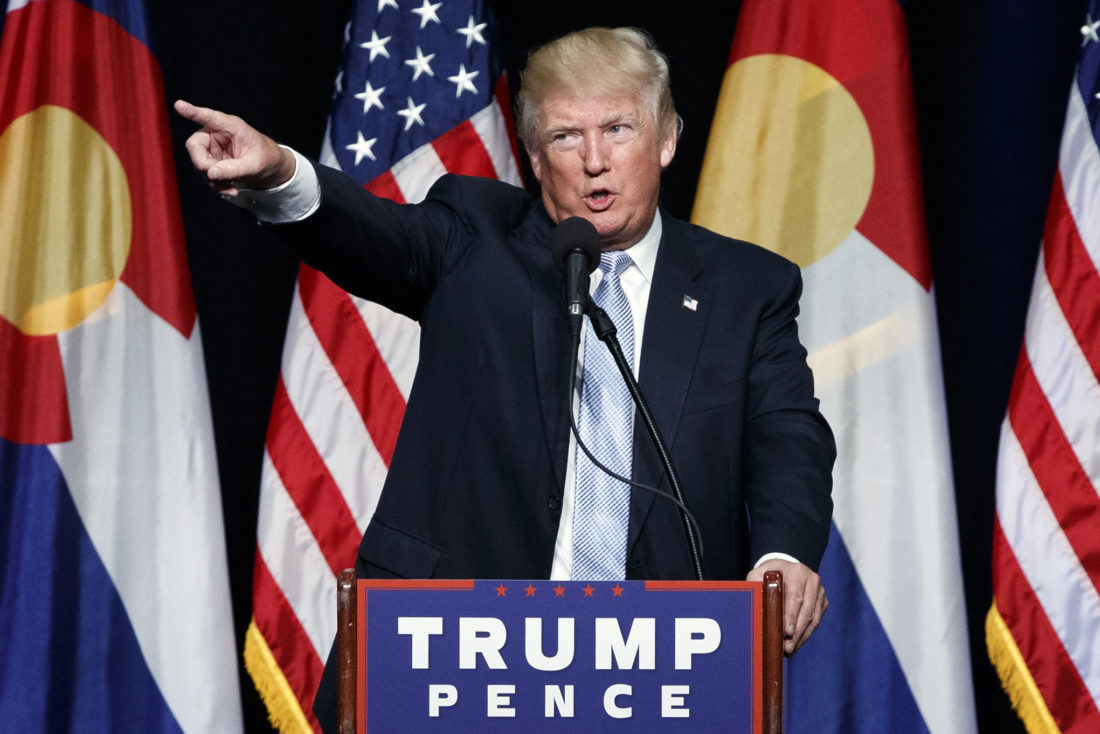 While commending the current visit by United States First Lady, Melania Trump to Ghana , a former US Ambassador to Nigeria, John Campbell, has stated that the racial tweets about Nigeria and South Africa by President Donald Trump were damaging to the image of the US.
Campbell has also stated that Nigeria is a complicated country, adding that350 different ethnic groups under one country have a democratic government that disrespects the rule of law.

“I think of the President’s tweets on Africa and most recent tweets on South Africa are wrong, destructive and damaged the image of the United States in Africa.”
He said this during the launch of his recent book, “Nigeria: What Everyone Needs to Know,” at the US Consulate General’s Residence in Lagos.
President Trump during a meeting with lawmakers in the White House in January called Haiti, El Salvador and parts of Africa as ‘shithole countries’ He was quoted to have said: “Why are we having all these people from shithole countries come here?” during a potential immigration deal.
Recently, he accused the South African government for dealing unfairly with white farmers in a tweet.

“I have asked Secretary of State, Mike Pompeo, to closely study the South Africa land and farm seizures and expropriations and the large scale killing of farmers. South African Government is now seizing land from white farmers.”
The tweet was considered racial and sparked outrage.
Campbell who has disassociated himself from the US government since 2011 is of the opinion that Americans are not paying enough attention to Nigeria and South Africa.
“There is an ongoing frustration that Americans do not pay enough attention to Africa in general, more so, to Nigeria specifically. The visit to Africa currently ongoing by the First Lady of US, Melania Trump is very positive because of the fact that it calls attention to Africa for the mass American audience. I do regret that she is not visiting Nigeria or South Africa – the two countries that are important to the US but I hope that at some point, she will make a visit to Nigeria in the future.”

Campbell’s first visit to Nigeria was in 1988 when he was appointed a political counselor to Nigeria.
He would later return to the country as an ambassador in 2004 till his tenure ended in 2007. Now, a Ralph Bunche Senior Fellow for Africa policy studies at the Council on Foreign Relations, Campbell has always been fascinated about Nigeria.
“My fascination about Nigeria is in two levels. On one level, it is cultural – the arts, music Nigeria produces; on the other hand, the sheer audacity of the Nigeria project. The idea that you bring 350 different ethnic groups under one country with a democratic government that disrespects the rule of law. It is an audiacious experiment. If they succeed, the world will be a richer place.”

In the book, “Nigeria: What Everyone Needs to Know”, Campbell and his co-author, Matthew T.Page, an Associate Fellow in Chatham House’s Africa Programme, gave an overview of Nigeria, touching on the country’s history, politics, corruption, war against terrorism, culture and human rights issues.
Campbell’s understanding of Nigeria stemmed from his first visit.
“Nigeria is a very complicated place. I first came here in 1988 when I was transferred from Geneva to Lagos.
I haven’t been here for long when I realised that I knew nothing about this absolute fascinating country that I found myself in. So, I set out to try to understand how Nigeria works.
I was a political counselor here, responsible for political reporting during the years of military government from January 1988 to July 1990 and then I was ambassador from 2004-2007.
In those two assignments, I was able to talk to everybody from presidents to sultans, emirs, chiefs, government officials, paramilitarians and almost everyone.”
Written in a question and answer format, the book according to Campbell is a compilation of questions that the authors have been asked and some they wish they were asked.

“For example, we asked how the slave trade impacted Nigeria development. What will Nigeria economy look like in 15 years? What makes Nigerian Christianity unique? What is a day in the life of a politician like? Why has communal conflict kill so many Nigerians especially in the Middle Belt? Where is the Nigeria diaspora and why is it so influential? Will Nigeria oil run out and if it does, what happens?”
Though Campbell admitted that the book does not cover everything about Nigeria, he pointed out that issues addressed are very relevant. For instance, there is a question on what happened to the $14 billion that has been spent on electricity since 1999.
Despite the prevalent challenges noted in the book, the authors however mentioned some good facts about Nigerians.
“Nigerians are survivors; they survived the fuel hikes cycles often associated with international oil prices; they survived three decades of military war; they survived a catastrophic civil war that left many dead.
Nigerians show resolve, industriousness, optimism about the future. There is remarkable capacity for coexistence and informal conflict resolution.
Asides from the ethnic conflicts, there has to be a greater focus in the fact that 350 different ethnic groups by and large, most of the time get along.
A sense of national identity is growing and is strengthening. There is a popular commitment to democracy that is enormously encouraging than most democracies around the world. Think of the effort that ordinary Nigerians go through to vote. They stand all day long on the hot sun to cast their vote.

There is a free press and a free media. There is an entrepreneurial culture…Throughout our book, we emphasised on the optimism we have about Nigeria future by highlighting areas which the country can unlock its great potential, whether by focusing on infrastructure development,combat corruption, reforming the military, and maybe security services, opening more doors for opportunities for women to participate in politics or a host of other ways and expansion of primary education.”
The book which is part of a series by Oxford University Press according to Campbell is meant for the American audience, “The audience for these series is predominantly Americans, British and other educated non-specials. I hope that the book will be of interest to Nigerians,” he said.
Other upcoming series include ‘What Everyone Needs to Know about Islam’ and ‘What Everyone Needs to Know about Cuba’.
Source: Newsflashngr