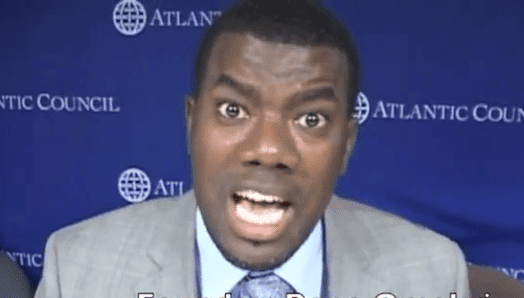 Reno Omokri, a former aide to erstwhile President, Goodluck Jonathan, has stated in his recent article that there is nothing Christian about a White Wedding.
According to the popular author, most Africans have a damaged psyche which has made them believe that only church weddings are acceptable in the eyes of God.
He wrote:
“Church marriage or White Wedding, originated in the Catholic Church in the year 1563.

 
“There is NOTHING Christian about it and EVERYTHING European about it. It is not even in The Bible.
“Your native African marriage is as valid, in God’s sight, as a White Wedding‪. The psyche of many Africans is so damaged to the extent they believe church weddings are the only acceptable marriage in God’s eye.
“From Genesis to Revelation, the Bible has nothing like church wedding. It is a European custom, no better than native African weddings #‬RenosNuggets”

"Nigeria will not be tolerated again, they Don't Obey Rule of Law, Am Coming for those corrupt leaders" – Trump explodes

Unpaid Salaries: "My hearts are with you all, Have mercy on my government" – Buhari tells Teachers