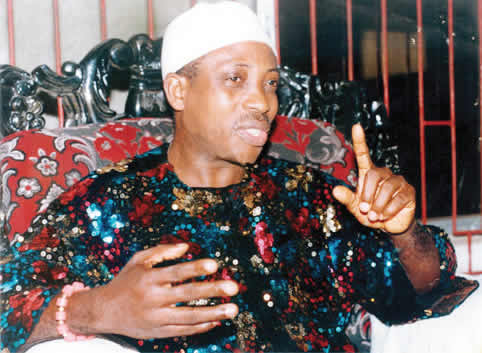 Leader of the Movement for the Actualisation of the Sovereign State of Biafra (MASSOB), Chief Ralph Uwazuruike, has declared that anyone that does not want the actualization of the group’s demand should leave Igbo land.
He gave the directive after he reported at the Criminal Investigation Department (CID) of the Imo State police command on Monday.
Uwazuruike was taken to the Zone 9 Headquarters in Umuahia, Abia State after a closed-door meeting with the Imo Police Commissioner, Taiwo Lakanu.
The State police command’s spokesman Andrew Enwerem, said Uwazuruike was summoned over the group’s activities.

“MASSOB and its activities are outlawed and his invitation was not unconnected to that. Yes he reported at the command’s headquarters this morning (yesterday) and he was moved to see the Assistant Inspector General of Police (AIG) in charge of Zone 9”, Enwerem said.
But the MASSOB leader, briefing reporters after his release insisted that “there is no going back on the struggle for Biafra”.
“I was not at home on Saturday when I got a call that policemen have invaded my home. In the morning, I got a letter from the Commissioner of Police and when I reported, he told me he does not want

MASSOB but I told him he cannot stop me; there is no going back on Biafra and I was taken to Umuahia to see the AIG.
“At Umuahia, the AIG vouched for my non-violent stance on the struggle for Biafra. Anyone who does not want MASSOB should leave Igbo land”, Uwazuruike said.
He, however, distanced his group from the criminal activities of other splinter groups, saying “no MASSOB man has ever been caught for stealing, kidnapping, raping and other crimes. We are non-violent but no one can stop Biafra”.
Source: -Informationng.com

We can see you have no regard for Rule Of Law, neither do you have 'Moral Justification', release El-Zakzaky now before it's too late – Muslim Group warns Buhari

Breaking: France to face lawsuit in ICC over nuclear tests in French Polynesia