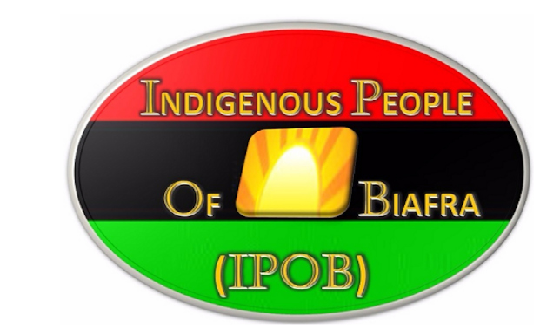 We view with utter disdain and sadness the macabre dance of shame being exhibited by some elements from the east over the emergence of Atiku Abubakar.
These shameless politicians, typified by the institutionalized bundle of treachery abundant in Ohaneze Ndigbo ideology, have reared their ugly heads once again in the never-ending cycle of humiliation and suffering for Biafrans in Nigeria. If people can forget with such ease that Atiku Abubakar is yet another Fulani Muslim with a major stake in the murderous tendencies of Miyetti Allah a.k.a Fulani herdsmen, then there is a reason to question the sanity of those that claim they are political leaders in the south.
The same misplaced sycophantic euphoria greeted the emergence of Muhammadu Buhari in 2014 when the mantra was to get rid of the same PDP that some quislings are campaigning for today. We know where Buhari’s regime has landed everybody.
The same greedy and political shortsightedness that led to the emergence of the Fulani Buhari is at play once again. It confirms what we IPOB have always known, that some people don’t have what it takes to usher in positive long-lasting change. The same band of criminal politicians responsible for the pain and hardship ravaging our land today are now telling us to vote for the umpteenth time in the hope that things will get better this time around when they know it won’t.

It is frankly unbelievable that some people can be that gullible as to be taken in by the charade that passes as electioneering in Nigeria. The noise making and celebration at the emergence of another Fulani man to contest presidential seat come 2019 under the platform of Peoples Democratic Party (PDP) is indicative that politics in Nigeria is an exercise in recycling expired criminals in the corridors of power.
The emergence of Alhaji Atiku Abubarka did not come as a surprise because we the Indigenous people of Biafra (IPOB) ably led by Mazi Nnamdi Kanu are well aware and informed on the antics of the Fulani caliphate with their jihadist plans to perpetuate the suffering and conquest of the rest of Nigeria particularly the former Eastern Region. It’s a shame that Ohaneze Ndigbo and eastern politicians are still ignorant of this fact but they claim they are learned.
How quickly so-called leaders of the east have forgotten that it was Buhari that truncated the guaranteed Ekwueme presidency with his anti-east military coup of 1983. It was the same Buhari that killed civilians and blackmailed another easterner Goodluck Jonathan out of office, using the formidable might of global Islamic brotherhood led by Obama.
How can these confused easterners be jubilating over Atiku Abubakar having speedily forgotten that he single-handedly denied Dr Alex Ekwueme the PDP ticket in the run-up to the Jos convention in 1999? There is no serious politician in the South East and South South who doesn’t know that it was Atiku Abubakar that stopped Ekwueme’s restructuring agenda in 1999. IPOB has the secret details of how Atiku blackmailed and backstabbed Ekwueme out of the presidency. These will be made public in due course.

We are not unaware of the plans by the Fulani caliphate to continue their antics of perpetuating themselves in power by secretly placing their people in every political platform in the contraption called Nigeria. We still wonder why some Nigerians are so myopic to the extent they cannot see the handwriting on the wall. IPOB family members and it’s leadership worldwide have gone beyond the current gimmicks and frenzied local politics played by expired politicians on poor masses. Fulani has a singular agenda, to conquer and Islamize Nigeria. Unfortunately poorly informed eastern politicians and their brood of up and coming baby traitors are helping Miyetti Allah in the conquest of the Eastern Region. It is important to know that Atiku is a Fulani man and cannot jettison Fulani agenda.
The Fulanis are pursuing a totally different agenda in Nigeria while other Nigerians are myopically carrying on in their blissful ignorance. Why can’t a pure Hausa, Tiv, Jukun or Bachama be president of Nigeria? Is there no Hausa man educated enough to lead Nigeria? These are the subtle realities that right-minded people should worry about. The Fulanis are playing a nicely refined game with the brains of Nigerians. How sad that some people accepted the narrative that only a Fulani man can win against ‘Buhari’ who is himself a Fulani.
Those irrationally jubilating in the South East and South South over the PDP nominee must remember it was Atiku, Saraki, Obasanjo, Tambowal, Kwankwonso and others that conspired against Jonathan in 2015 to put a Fulani man in power. Now Jonathan is gone, the big Fulani guns that abandoned him to join APC to ensure the loss of his presidency, have now jumped out of APC into PDP to overrun the east. We wonder why people will forget so easily, especially South East and South South people.

The hidden agenda Fulani doesn’t want people to understand is that they want to continue ruling Nigeria with Jubril from Sudan or another Fulani in PDP. They have succeeded in replacing their late hitman Mohammad Buhari with Atiku Abubakar to continue their Fulani agenda.
IPOB is not interested in who clinches which party ticket or becomes president next year because Biafra is coming and no man born of a woman can stop it. The disgraceful horse trading going on for the position of vice presidential candidate among South East politicians is indicative of their hopelessness and self-aggrandizement at the expense of the collective advancement of the people.
All the people of Biafra want is a referendum. Biafrans must decide whether they wish to continue staying in Nigeria or not before any election can be conducted in Biafraland.
COMRADE EMMA POWERFUL MEDIA AND PUBLICITY SECRETARY FOR IPOB

I will Use my last blood to Fight anybody that works against the Unity, peace of Nigeria – Buhari Vows

I forgive you because I know you're the next President, I see you are better than the culprit Buhari in Aso rock – Obasanjo Tells Atiku