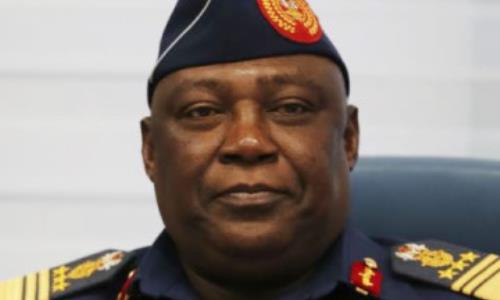 The Nigerian Defence Headquarters has appealed to the public to always furnish the force with useful information to boost intelligence gathering in the fight against Boko Haram.
Brig.-Gen. John Agim, the Acting Director of Information, Defence Headquarters Abuja, made the appeal on Thursday in Calabar during a two-day capacity building workshop for Forum of Spokespersons of Security and Response Agencies.
The News Agency of Nigeria reports that the theme of the workshop is ‘Global Terrorism and Crisis of Narratives: The Challenges of Nigeria Security Spokespersons’.

I won't Remain Silent, Igbos Not Slaves, Only Thing They Benefited From Buhari Is Python Dance – Omokri