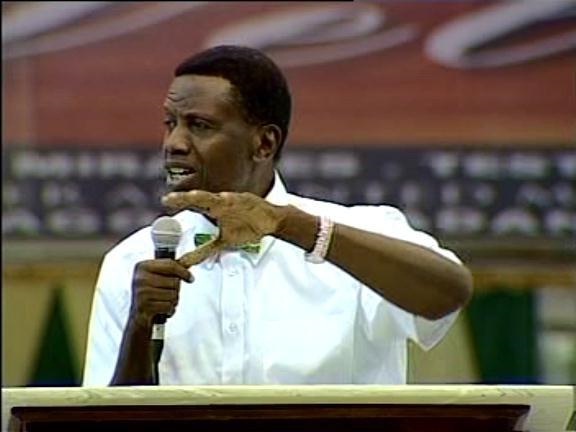 The General Overseer of the Redeemed Christian Church of God (RCCG) Pastor Enoch Adeboye has warned single ladies to avoid marrying jobless men.
Jobless men, he said, have the tendencies to use, dump and abandon such ladies.
Adeboye spoke on Sunday at the May Special Prayer and Thanksgiving service by the RCCG Throne of Grace, National Headquarters Ebute Metta, Lagos.
According to him, a woman should not marry a man that has no work “if not you will be the work.”
He noted it is not sinful for a single lady to politely ask any man proposing marriage whether or not he has a job.

Stating that women are conceived as helpmeets, Adeboye argued only somebody who has a job can be helped.
Adeboye, who spoke through the Assistant General Overseer, (RCCG) Personnel and Administration Pastor Johnson Odesola, said the man is key and the woman has only come to help.
“Whatever the woman does is a help. The man is a major director in the house,” he stressed.
He stated taking care of the homes does not rest on the woman alone but the man and the woman who has come to help.
Adeboye blamed lack of proper home training for most of the ills in society.

“I still remember when I was young. My father will tell me that this name is the name of my father. Don’t spoil the name. So I was scared to do wrong. I could not shake the hand of a lady until I was 23.
“Learning for any child should start from the home and parents should be their child first teachers.
“The wife and the husband are the main teachers who will teach and model godly character to their children,” he stated.
In his sermon, Adeboye, urged all Christians to strengthen their faith, saying there would always be a storm in the lives of the believers.

Aare Ona Kakanfo of Yoruba land, Otunba Gani Adams, who was at the service argued religion, is never the problem of Nigeria.
According to him: “It is sad many people believe religion is Nigeria’s problem, but in truth, leadership, not religion is Nigeria’s problem.
“For instance, I am a Muslim by birth. I grew up from a Christian background and as the Aare Onakakanfo of Yoruba land and culture activist, I also believe in our traditional religion.”

I will cripple Gaza and anobody against jews state – Israeli Prime Minister, Netanyahu Cries Out, Speaks against attack on innocent Citizens of Israel from Hamas terrorists