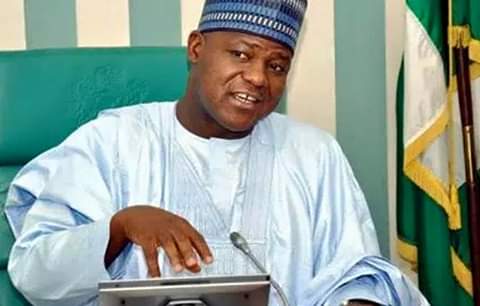 Speaker, House of Representative, Mr Yakubu Dogara, on Tuesday in Abuja said Nigeria’s real problem was lack of leadership and not corruption as widely claimed.
Dogara said this at a conference tagged “The Convergence 2.0: Leadership, Power and Politics for Democracy Renewal’’, Nigeria’s largest gathering of elected young representatives, organised by the Not-Too-Young-To-Run Movement.
He said that Nigeria was plagued by a lot of challenges, ranging from being ranked as the third most dangerous countries of the world to terrorism, banditry, unemployment, dearth of healthcare facilities, among others.
According to him, it is a clarion call of nation-building for the youths elected into parliament in the just-concluded elections to use their strength and population to fortify the nation.
“Nigeria’s real disease is lack of leadership; I disagree with all those who say our major national disease is financial corruption, rather, the real disease has been the absence of true leadership.
“This in turn breads moral corruption and wickedness.
“Get a true leader that solves moral corruption and wickedness; when that happens, you will search for financial corruption to no avail.
“Unfortunately, the leadership model we have practiced so far is the kind of leadership that produces sycophants who are expected to serve their political godfathers and not the people.
“Our so-called leaders have mastered the art of political witchcraft so much so that if you are independent minded you are automatically disqualified.
“If for any reason you are picked then you have to surrender your soul for them to eat in small bites until you become their worshipper,’’ Dogara said.
He said that in the midst of “this pandemic sycophancy, the so-called godfathers expect the children to fit in and not to stand up to be counted or make a difference.’’
The speaker said that Nigeria needed leaders who would lead citizens to build a nation and serve others, not godfathers who demanded that they should be worshiped and served rather than serve the people.
“For you, trailblazers who carry the burden and the promises of a generation that must not fail, if you are ever going to get there, it must be on the wings of discipline that produces character.
“This is because without character, you cannot be men and women of influence and without influence you cannot change anything; character means that you cannot be separated from your word, a quality no godfather in history has ever possessed.
“Character is not only that your word is your bond but that you are actually what you pretend be, while godfathers always pretend to be something other than who they really are; leaders do not.
“Imagine where we will be as a nation if all these godfathers that litter the political landscape become what or who they pretend to be,’’ he said
Dogara urged the young politicians who would grow to become the leaders the nation was yearning for to be prepared to stand for the truth regardless of who was for or against it or even when the consequences were dire.
He advised them to be prepared to afflict themselves in order to bring comfort to the broken people and be reminded that true greatness only comes while serving others and not when serving themselves or godfathers.
He urged them to practice an all-inclusive politics because politics meant reaching out to all and not to lose sight of the long-term goal of representing their people, state and country.
Earlier, Ms Cynthia Mbamalu, one of the conveners of the Not-Young-To-Run Movement, said that after Not-Young-To-Run Bill became law, youths vied for elective positions en masse.
Mbamalu said that in the 2019 elections, 41.8 per cent of youths contested for seats in the State Houses of Assembly and 27.4 per cent for the House of Representatives.
“Today, 340 days after the signing of the Not-Too-Young-To-Run law, we have 17 under-30 years who won their election into their respective state houses of assembly.
“Today, out of the 991 seats in the state houses of assembly, over 200 will be occupied by young elected lawmakers.
“This is our democracy taking shape, because we cannot talk about democracy without inclusion; this is progress made for youth, for Nigeria, and this is hope which we hold on to.’’
Mbamalu, however, decried the dearth of females in elected positions and urged the young parliamentarians to change the narrative with legislations to empower women.
She said that Convergence 2.0 was about working together to set a legislative agenda that was people-driven that promoted inclusion and the indices that enabled sustainable development.
She said that it was also about building a strong network of committed young lawmakers who supported each other and spoke truth to power and encouraged accountable leadership, providing that alternative that served as a model for leadership. (NAN)
Facebook Comments
Loading...
Related Topics:GovernmentNewsNigeria
Up Next

Miyetti Allah Is Like Afenifere And Ohanaeze, Presidency Says

No moving of Containers through road again as Containers, Tankers Start Movement With Rail