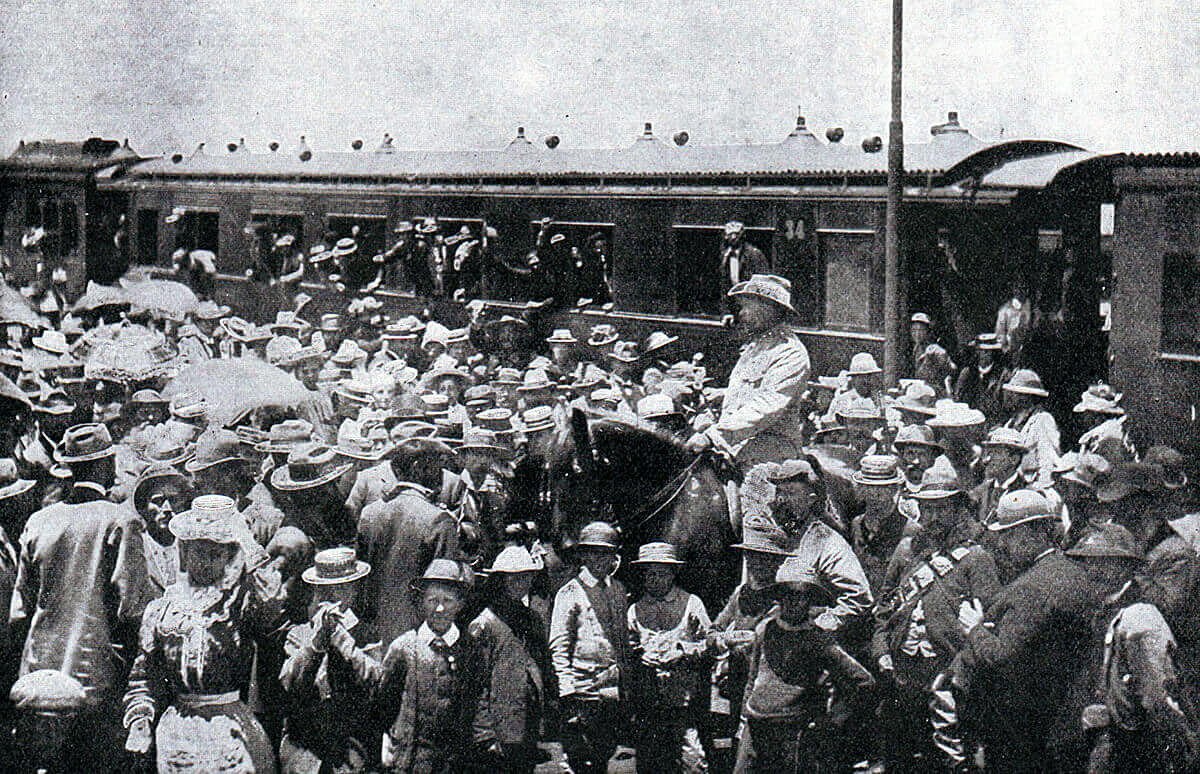 This is the story of the first oil war, which was fought in the 19th century, in the area that became
Nigeria.
All through the 19th century, palm oil was highly sought-after by the British, for use as an
industrial lubricant for machinery. Remember that Britain was the world’s first industrialised

nation, so they needed resources such as palm oil to maintain that.
Palm oil, of course, is a tropical plant, which is native to the Niger Delta. Malaysia’s dominance
came a century later.
By 1870, palm oil had replaced slaves as the main export of the Niger Delta, the area which was
once known as the Slave Coast. At first, most of the trade in the oil palm was uncoordinated,
with natives selling to those who gave them the best deals. Native chiefs such as former slave,

Jaja of Opobo became immensely wealthy because of oil palm. With this wealth came influence.
 
King Koko. Photo Nairaland
However, among the Europeans, there was competition for who would get preferential access to
the lucrative oil palm trade. In 1879, George Goldie formed the United African Company (UAC),
which was modelled on the former East India Company. Goldie effectively took control of the

Lower Niger River. By 1884, his company had 30 trading posts along the Lower Niger. This
monopoly gave the British a strong hand against the French and Germans in the 1884 Berlin
Conference. The British got the area that the UAC operated in, included in their sphere of
influence after the Berlin Conference.
When the Brits got the terms they wanted from other Europeans, they began to deal with the
African chiefs. Within two years of 1886, Goldie had signed treaties with tribal chiefs along the

Benue and Niger Rivers whilst also penetrating inland. This move inland was against the spirit of
verbal agreements that had been made to restrict the organisation’s activities to coastal regions.
 
Sir George Dashwood Taubman Goldie. Photo Sir Hubert von Herkomer
By 1886, the company name changed to The National Africa Company and was granted a royal
charter (incorporated). The charter authorised the company to administer the Niger Delta and all
lands around the banks of the Benue and Niger Rivers. Soon after, the company was again
renamed. The new name was Royal Niger Company, which survives, as Unilever, till this day.
To local chiefs, the Royal Niger Company negotiators had pledged free trade in the region.
Behind, they entered private contracts on their terms. Because the (deceitful) private contracts

were often written in English and signed by the local chiefs, the British government enforced
them. So for example, Jaja of Opobo, when he tried to export palm oil on his own, was forced
into exile for “obstructing commerce”. As an aside, Jaja was “forgiven” in 1891 and allowed to
return home, but he died on the way back, poisoned with a cup of tea.
Seeing what happened to Jaja, some other native rulers began to look more closely at the deals
they were getting from the Royal Nigeria Company. One of such kingdoms was Nembe, whose
king, Koko Mingi VIII, ascended the throne in 1889 after being a Christian schoolteacher. Koko
Mingi VIII, King Koko for short, like most rulers in the yard, was faced with the Royal Nigeria
Company encroachment. He also resented the monopoly enjoyed by the Royal Nigeria Company
and tried to seek out favourable trading terms, with particularly the Germans in Kamerun

(Cameroon).
By 1894, the Royal Nigeria Company increasingly dictated whom the natives could trade with,
and denied them direct access to their former markets.
In late 1894, King Koko renounced Christianity and tried to form an alliance with Bonny and
Okpoma against the Royal Nigeria Company to take back the trade. This is significant because
while Okpoma joined up, Bonny refused. A harbinger of the successful “divide and rule” tactic.
On 29 January 1895, King Koko led an attack on the Royal Niger Company’s headquarters,
which was in Akassa in today’s Bayelsa state. The pre-dawn raid had more than a thousand men
involved. King Koko’s attack succeeded in capturing the base. Losing 40 of his men, King Koko
captured 60 white men as hostages, as well as a lot of goods, ammunition and a Maxim gun.
Koko then attempted to negotiate a release of the hostages in exchange for being allowed to
chose his trading partners. The British refused to negotiate with Koko, and he had forty of the
hostages killed. A British report claimed that the Nembe people ate them. On 20 February 1895,
Britain’s Royal Navy, under Admiral Bedford attacked Brass and burned it to the ground. Many
Nembe people died and smallpox finished off a lot of others.
By April 1895, busin
ess had returned to “normal”, normal being the conditions that the British
wanted, and King Koko was on the run. Brass was fined £500 by the British, £62,494 (NGN29
million) in today’s money, and the looted weapons were returned as well as the surviving
prisoners. After a British Parliamentary Commission sat, King Koko was offered terms of
settlement by the British, which he rejected and disappeared. The British promptly declared him
an outlaw and offered a reward of £200 (£26,000; NGN12 million today) for him. He committed
suicide in exile in 1898.
About that time, another “recalcitrant King”, the Oba of Benin, was run out of town. The
pacification of the Lower Niger was well and truly underway.
The immediate effect of the Brass Oil War was that public opinion in Britain turned against the
Royal Nigeria Company, so its charter was revoked in 1899. Following the revoking of its
charter, the Royal Niger Company sold its holdings to the British government for £865,000
(£108 million today). That amount, £46,407,250 (NGN  50,386,455,032,400, at today’s
exchange rate) was effectively the price Britain paid, to buy the territory which was to become known as Nigeria.
Guardian.ng