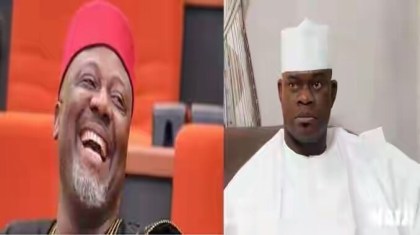 Ahead of Governorship Election in Kogi State, Senator representing Kogi West, Dino Melaye, has joined the race to be the next governor of the state.

9news Nigeria gathered that Dino Melaye made the declaration on Saturday, today, in Ayetoro, Kogi state while formally informing the People Democratic Party (PDP) leaders in his constituency.
 
Melaye told them that “by the grace of God I will emerge the next Kogi Governor.”
The Senator-elect will be contesting for the governorship ticket of the party
More details soon…