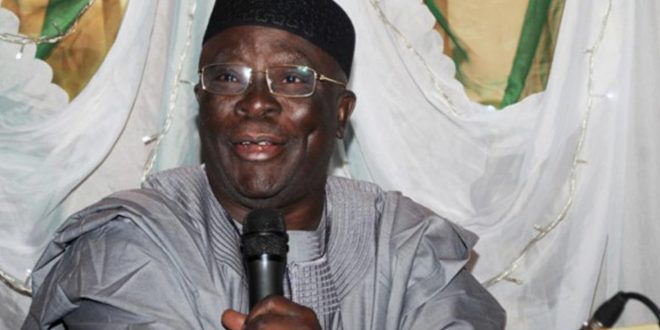 Minister of Transport, Rotimi Amaechi, in an interview recently asked the Southeast to forget about 2023 presidency, what is your position on this?
This is just the propaganda we are talking about. The Southwest has said it is for them, and we have been hearing things like this long ago.
First, the constitution, before any other thing must be revisited, and if the president doesn’t do that, this country will break up. Let us get constitution first, not to continue with this injustice.
Why is IPOB saying they want to break away? Because they said they were not included.
The West has been president, the South-South has been president and the North has been president, while the Southeast has not, but you want peace.
I don’t believe any region or any section is to be given the presidency on sufferance; you are not doing anybody any favour, the constitution we are asking for is for anybody to become president constitutionally as applied, not out of sufferance or favour that you vote for me. Is that why and how we were amalgamated, is that the condition for our unity? Absolute nonsense and deceit!
Those of them they are deceiving are deceiving themselves. The North doesn’t want to leave power. There are sensible people in the North, even among the Fulani. We are talking about unity, peace in the country, and you are talking of people wanting to disturb you, is that the immediate thing, while the economy is going down? There is no progress until the constitution is rectified. Senator Sola Adeyeye came down with the problem of this constitution and told them that until we change it, there can be no peace and there can be no progress. What is the problem? If there is any change this country needs now it is the change of this nebulous constitution that is imposed  on us by the military.
Facebook Comments
Loading...
Related Topics:NdigboNewsNigeria
Up Next