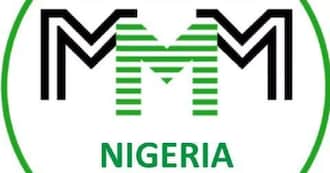 Mavrodi Mundial Moneybox (MMM), the Ponzi scheme which dashed the hope of over three million Nigerians in 2017, is back but not with a bang.
This time dubbed MMM Cooperation, the scheme promises as much as 50 percent return on any amount invested in it — 20 percent more than what the extinct version offered.

 
Just like the previous version, participants are to register, invest a particular amount in the form of “providing help” and “get help” with their investment and interest back after 30 days.
And some Nigerians are falling for it yet again!
The scheme had announced a shut down in April 2018 following the death of Sergei Mavrodi, its founder.

“After much deliberation, we have made the conclusion that continuing the system operation, without our leader and ideological inspirer, is impossible and makes no sense,” a message on MMM Nigeria website had read.
‘A NEW DAWN’
In a surprising turn of events, however, the scheme announced it had re-launched globally since January “to make Mavrodi’s legacy worthwhile.”

“Like sunrise in the morning , MMM Cooperation set the pace on the 22nd of January 2019 all over the world. From negligence by many to fear of unknown by prospective participants at the beginning; we are were we are today being most populous platform all over the world with 6MILLION participants all in space of 4months,” a message on its website read.

On Twitter, one of the guiders, who act as coordinators in the scheme, announced a WhatsApp group for interested persons to join and some have indicated interest.
Guider Tee
@TeeGuider
Great News……MMM is back and better!
What we have all been waiting for is back
supporting over 170 local different countries and is peer to peer
re-launched Janaury 2019. Provide Help (PH) and Get Help (GH) Now!
For more info join our whatsapp group:https://chat.whatsapp.com/K9nS7Vf4btC2CdRATB8Fqx …
58
2:23 PM – Jun 19, 2019
Twitter Ads info and privacy
GUIDER’s Group 7
WhatsApp Group Invite
chat.whatsapp.com
110 people are talking about this
The Whatsapp group tagged “Guider’s Group 7”, was created on Tuesday. Already, it has 243 participants — with 142 of them joining less than 24 hours after this reporter joined on Friday to monitor proceedings.
From time to time, people share their experience on the scheme, usually ending up with phrases like “no risk, no gain”. More people are joining and investing — and that is just one of the groups of the numerous guiders operating with the scheme.

HOW PONZI SCHEMES WORK
A Ponzi scheme is usually structured to look simple but is highly effective and lures in new investors with the promise of very high returns. How? The operators convince prospective participants to invest any amount they have in the scheme. The participants having invested then receive what they believe to be returns, but are actually payouts from the money brought in by newer participants. With he supposed returns, the investors pump more money into the scheme and encourage others to key in — that way, the circle continues until it goes beyond the capacity it can contain.

BREAKING: Fierce Tension Arises Across the World As Iran Executes US Spy, War set to begin if care is not taken