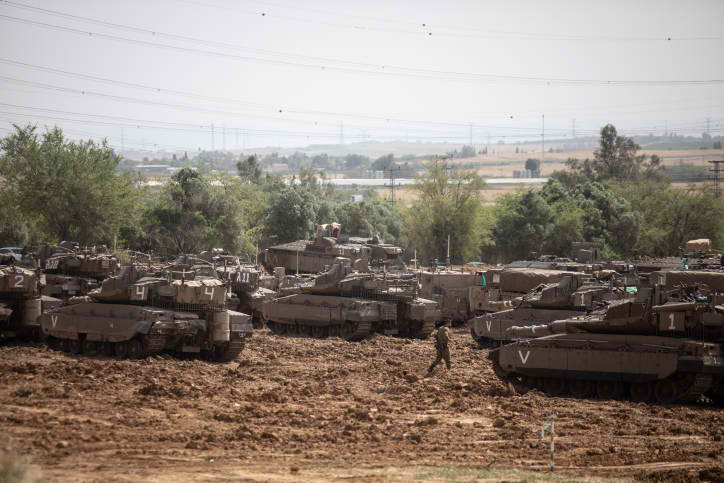 Israel on heightened alert as tension between Iran and US makes war more likely
The Israeli army (IDF) is preparing for attacks from Iran. According to Israel Channel 12 News, the IDF has implemented a heightened state alert in the wake of recent tensions between Iran and the US.
The IDF is beefing up its military presence along Israel’s northern and southern fronts, and taking other steps in preparation for any number of scenarios, according to IDF officers who spoke to Channel 12.
In addition to the threat of direct missile attacks (nuclear?) from Iran’s Revolutionary Guard, Israel must prepare for battles with Hezbollah along the northern front, Iran’s proxy militant forces in Lebanon. In the south, Iranian-backed Hamas combatants are known to be arming themselves with advanced weaponry. While many of Iran’s attempts to smuggle anti-aircraft and long-range missiles to Hamas have been foiled by the Israeli navy, the Egyptian border with Gaza is much less secured.
President Donald Trump announced over the weekend that the US would ramp up “major” sanctions against the Islamic Republic. This comes days after the US president called off a military strike on Iran in retaliation for the downing of an American surveillance drone.
Israel Prime Minister Benjamin Netanyahu met with US National Security Advisor John Bolton in Jerusalem on Sunday. During his meeting, Bolton told Netanyahu that “neither Iran nor any other hostile actor should mistake US prudence and discretion for weakness. No one has granted them a hunting license in the Middle East,” he warned.
Source: Israeltoday
Facebook Comments
Loading...
Related Topics:ForeignMiddle-EastNews
Up Next

"You Are a disgrace to Yoruba race"— Afenifere tells Osinbajo