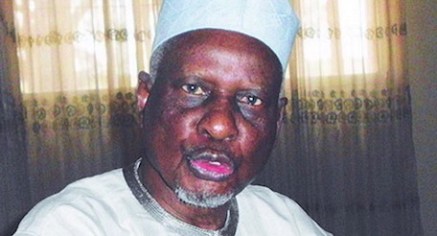 Former Special Adviser on National Assembly Matters to former President Shehu Shagari, Alhaji Tanko Yakassai, spoke with KOLA OYELERE on the RUGA settlement imbroglio and why he thinks it should be accepted.
WHAT can you say about this issue of RUGA settlement?
It will be recalled that in the olden days, the Fulani would come to a place and be given a portion of land to settle down with their cattle. Such a place used to be a piece of land not occupied by anybody.
RUGA settlements had been in existence in the Northern states for a long time. Nobody can remember how many years it had been in the North. In such places, the Fulani would build their houses and it is on this allocated land they would be rearing their livestock.
However, over time, such a parcels of land had been appropriated by various administrations, either to friends of government or to those in government.
No peace unless herdsmen move freely —Northern group
Has civilisation not technically phased out such a practice?
RUGA settlement was brought out to resolve the persistent conflicts between farmers and herders. Farmers claim herders destroy their farms while rearing their cows. Therefore, in an effort to find a lasting solution to this incessant crisis, the Federal Government came out with the introduction of RUGA settlement whereby a portion of land would be set aside with necessary amenities like roads, water and other things for the Fulani herders to settle down with their livestock, instead of roaming about and getting into conflicts with farmers.
In the final analysis, it would be in the interest of Nigerians for the Fulani herders to be settled in a place. First and foremost, it would curb incessant conflicts between them and farmers.
Second, settling down in a place allocated to them would indirectly prevent them from searching for food for their cows and make their cows healthier and posses more meat. Unlike when they were moving with their cattle from North to the Southern part of the country, their cattle would have more weight, quality and nourishing meat for people to eat.
Who is to provide land for this project? Can the Federal Government acquire land anywhere in the country for this programme?

The Federal Government has no control over land in any state, with respect to Land Use Decree, which is enshrined in the country constitution. The only place the Federal Government has control over land is the Federal Capital Territory (FCT), Abuja.
However, the Federal Government would not force any government to provide land for RUGA settlement. It is voluntarily. And before its suspension, no fewer than 12 states had agreed to provide land. It was those states that did not agree to provide land for the project that were attacking it. But if you look at the geography of the country, the entire North has about 70 per cent of the total land mass, while the Southern part of the country has about 30 per cent.
But you must know that not many people in the South-West were against this project, but for the fact that there is more concentration of media in the region. Those few that were against this project were using the media to project their hatred against the establishment of RUGA.
But I would advise the Igbo to have a rethink over their rejection of RUGA settlement, because I rub your back, you rub my back when the need arises.
However, anything in Nigeria can be controversial. My problem is this: I have been going through the social medial, and to my surprise, most of these attacks on RUGA settlement came from the youth; people in the age bracket of 20 and 30. And my view, as is general all over the world, is that youths are the leaders of tomorrow. They should be ready at all times to support whatever is capable of moving this country forward. They are supposed to think ahead of people like me who are on the way out.
You were trying to say that the Igbo were supposed to back RUGA settlement. Why do you hold that opinion?
People were talking about power shift; that is to say the Igbo should produce president come 2023. But one thing that is certain is that this lofty idea cannot be achieved just on a silver platter. I am committed to the unity of this country and this is what I had been fighting for as far as back to 1953. It will be recalled that as a result of my commitment to the unity of this country that I was arrested and imprisoned; for fighting against the plan of making Nigeria a confederation, rather than a united country. That was when I was just about 20 years old.
This is what I expected the youth to be fighting for, not expressing sectional and parochial views.

When we say power should move to the Igbo, as we all know, for anybody to become president of this country, he has to garner votes from at least 24 states of the country. The North has 19 states, while South has 17. Therefore, for the Igbo to realise this dream, they need the support of every part of the country. So also, any Northerner equally needs the support of the South one way or the other.
Recall that the South-West has produced president. The North has also produced, while the people of the South-South had their turn by producing former President Goodluck Jonathan.

What I am trying to say here is that the Igbo, at this crucial stage in their quest of producing Mr. President in 2023 or at any time Allah destines them to occupy the seat, still need the collective support of people from the North and other parts of the South.
However going by their hostility towards an interest that belongs to the North, they may be erecting an impediment to this yearning and aspiration, because the North may give them back in their own coin. The North may ask them why they denied them support over their (North) interest in view of their opposition to the RUGA settlement project. Nobody can, therefore, blame the North for not supporting them then.
What I am trying to say is that for their people to kick against the establishment of RUGA, which is an interest of the North, there would be a time when the Igbo would equally need the support of the North for an assistance and they might also not render such an assistance to them, because they could tell them ‘you did not support us when we needed your backing for RUGA settlement.’
It is not only the people of the South-East that are kicking against RUGA settlements. Even some people from the North also vented their anger at it. What is your take on this?
It is true that some parts of the North, like Taraba State, were against it. I was told and even read it that the Taraba State governor said it. I am not saying all that is true. But if it is true, then, I think the Taraba State governor was not portraying himself as a father to all tribes in the state. I will like to advise the governor over his utterances. They are capable of compounding the persistent tension in the state. This is because Taraba State is a state having equal number of Moslems and Christians. Therefore, there must be equal treatment. And this idea of unnecessary segregation must not be allowed to rear its head again.
The Fulani tribe is an indigenous tribe that has been in existence for long and for anybody to deny or deprive them their right is very dangerous and has to be taken seriously.

As a governor in Taraba State, it behooves on him not to attach religion and tribal sentiments to the overall development of the state. Therefore, I will advise him to be extra careful when talking on the issue of RUGA settlement, because nobody was forcing any state to accept it. It was designed only for those states that agreed to implement it and were ready to provide land for it to take off.
Besides, the prayer of any lover of peace is that the persistent conflict between the Jukun and Tiv should be a forgone issue. It would not augur well for another crisis to engulf the state.
Now that the RUGA settlement project has been suspended, what, in your view, is next?
RUGA settlement is only suspended, but not abandoned. It will come at a later date very soon. In my view, it is only suspended, but not abandoned. It is merely waiting for a better time to come back for its implementation. I believe they will do it.
However, let me tell you that those states or people that are currently against it will, in the future, embrace it, when they see the lots of advantages in it. Though it may take five, ten or less years, I can say categorically that in the nearest future, many states in the Southern part of the country will willingly embrace, adopt and implement RUGA settlement in their domains

No Ruga settlement in Biafraland – IPOB