Video: I Am Under A Solemn Oath – Mazi Nnamdi Kanu Speaks Out, vows to defend the Poor and Helpless 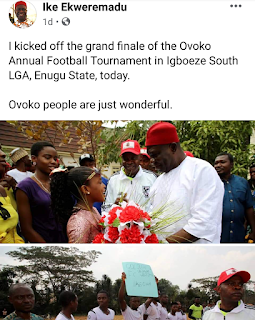 However, at the early morning of Tuesday, at about 8am, JOURNAL REPORTERS gathered that the Enugu-West senator, Ekweremadu was chased away during the football match in Enugu.

This was also reported by one of the Nigerian mainstream news outlet, VANGUARD as seen below. Although VANGUARD seems to has pulled down the news from their website for reason best known to them. 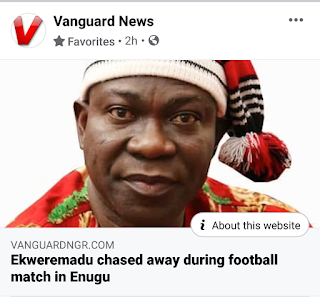