Igbo people are usually considered a group of people who think economically. They are probably the most successful band in the country. Despite their accomplishments as a group, they have not yet held top leadership positions in the country since we became a politically independent nation. Many believe that this is the work of their disunity. Presidential spokesman, Reno Omokri said on Tuesday that no one will give Igbo the presidency.

According to Reno Omokri, in 2003, the Southwest region of Nigeria produced only one major candidate and that was chief Olusegun Obasanjo.

He also said the North produced only one candidate as well and gave the name as Muhammadu Buhari, but, the South-East produced multiple major candidates in the persons of Ojukwu, Nwobodo, Kalu, Ike Nwachukwu.

Furthermore, Reno Omokri said one of the major reasons why Igbo people have never had a taste of the presidency is the fact that they are not United.

He said the only way they can be united is when they produce one candidate and give him the necessary support and requirements.

“Nobody will give Igbo the presidency. Only Igbo unity can bring about Igbo presidency” the last part of his tweets reads. 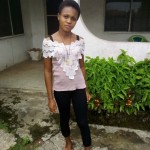